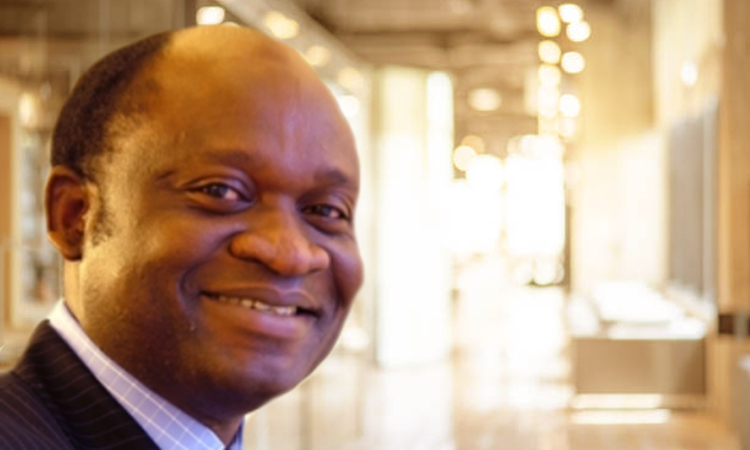 He rejected plea bargaining in corruption trials, saying it incentives corruption. Well, Senator Ndume is absolutely right; his views chime with mine on how best to combat corruption in Nigeria.

The tragic irony is that, despite its reputation as a “fantastically corrupt” country, Nigeria has one of the weakest anti-corruption regimes in the world. The 1999 Constitution states in section 15(5): “The State shall abolish all corrupt practices”. Yet, the Nigerian state has done far too little to tackle corruption, which is a hydra-headed and labyrinthine problem.https://servedbyadbutler.com/adserve/;ID=162803;size=300×250;setID=151330;type=iframe;sw=1280;sh=720;spr=1.5;kw=;pid=2882856;place=0;rnd=2882856;click=CLICK_MACRO_PLACEHOLDER

Take leadership. President Muhammadu Buhari makes fighting corruption a leitmotif of his administration, but his approach is based on so-called “body language”, ineffectual presidential orders and counter-productive double standards.

The anti-graft war is so politicised that opposition politicians facing serious corruption allegations suddenly become “saints” once they defect to the ruling party and are given red-carpet treatment by the president himself.

Instead, the state resorts to extrajudicial measures, doing secret deals with those accused of corruption. For instance, the Economic and Financial Crimes Commission, EFCC, claims that, since 2015, it has retrieved assets worth trillions of naira from “looters”. But who are they? Truth is, secret deals and plea bargaining undermine anti-graft war.

But fighting corruption starts with a rigorous system of asset declaration, which serves three purposes: transparency, conflict of interest control and wealth monitoring. Nigeria’s asset declaration system does none of these: it’s not transparent, given the absence of mandatory public disclosure; it doesn’t prevent conflict of interest as it requires no information about private interests; and it doesn’t monitor wealth variations because it ignores the sources of wealth and the multiple channels through which stolen wealth can be concealed.

Of course, once a country lacks a robust and rigorously enforced system of asset declaration that requires mandatory public disclosure and that seeks all the right information, it creates the space for corruption to fester. As Paul Wolfowitz, former World Bank president, said: “Sometimes corruption is slowed by shedding light into what was previously shadowed”. The absence of light on how politicians and public officers acquired stupendous wealth is why corruption festers and becomes such a humongous monster in this country.

Then, there’s the prosecutorial challenge. Of all crimes, corruption is the most difficult to prove in a court of law. The legal principle “He who asserts must prove” and the criminal standard of proof – “beyond reasonable doubt” – put excessive legal and evidential burdens on the prosecution.

For instance, EFCC has accused many former governors, who supposedly earned only salaries in office, of having assets worth several billions of naira. Where from? Yet, despite that question, EFCC is struggling to secure successful prosecutions because the burden of proof requires it to show the assets were acquired through illicit enrichment.

Well, the burden is on the wrong side. Which is why I have long argued that Nigeria must: 1) reverse the burden of proof in corruption cases and 2) introduce the Unexplained Wealth Order. None of these propositions is novel; each is practised in several countries.

For instance, in 2017, the Irish Court of Appeal held that the reversal of the legal burden of proof is justified “in the unusual circumstances of the prevalence of corruption worldwide and the difficulty of proving intention even where the circumstances are strongly suggestive of criminality”.

Similarly, in England, the Salmon Commission said that “the justification for reversing the onus of proof is indeed compelling in the sphere of corruption”, adding that such reversal “is in the public interest”.

But what about the presumption of innocence? Well, as the Irish and English examples make clear, corruption is a deadly evil that destroys the fabric of society. Therefore, it’s not in the public interest to allow anyone accused of serious corruption offences to escape justice by hiding behind technicalities or the prosecution’slack of sophistication.

If, for instance, a public officer has N10bn in his accounts, the presumption must be that he acquired the money illicitly, and the onus must be on him to rebut that presumption.

Which brings us to Unexplained Wealth Orders. The logic is simple: If, as a public officer, your known sources of income are insufficient to acquire a property traceable to you and you cannot satisfactorily explain how you acquired the property, well, you should forfeit it.

In 2016, at the London anti-corruption summit, Nigeria and 40 other countries signed the Global Declaration Against Corruption, which requires signatory countries to create public registers of beneficial ownership and introduce other anti-graft measures, such as the UWO.

In April 2017, the UK Parliament passed the Criminal Finance Act, which introduced the Unexplained Wealth Order. The UK is also introducing legislation to create the Ultimate Beneficial Ownership Register that makes assets traceable to who actually own them.

What about Nigeria? Well, President Buhari signed the Executive Order 6 of 2018, which preserves suspicious assets of public officers under corruption investigations. But Executive Order 6 is not an UWO, which requires statutory backing and can only be granted by a court.

So, Nigeria doesn’t have an Unexplained Wealth Order and doesn’t have a Beneficial Ownership Register – two powerful tools for tackling corruption. Which raises the question: How serious is Buhari’s anti-graft war? To which the answer is: Not at all!