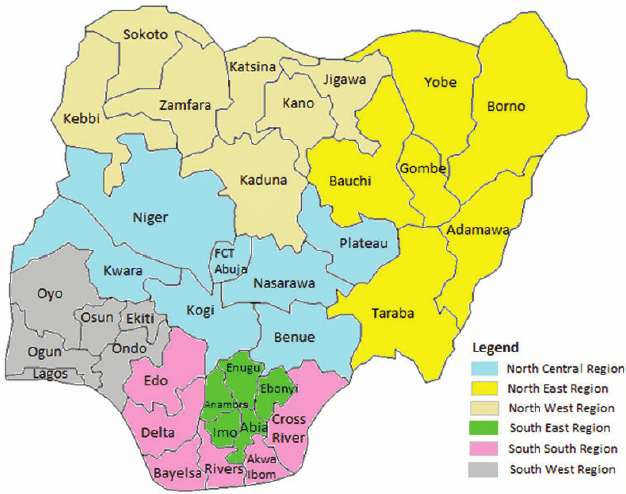 Nigeria has consistently ranked lower than average in most indexes that measure countries’ transparency, accountability and Integrity. However, the fact that the ranking organisations are mostly overseas makes it easy for Nigerians and the government to fault the validity and accuracy of the data and methodologies employed.
Most recent example is the presidency’s attack on Transparency International Corruption Perception Index (CPI) which ranked Nigeria 149th out of 180 countries, the ranking was tagged “baseless and sensational” by the government. International Budget Partnership’s Open Budget Index (OBI) 2019 also ranked Nigeria 97th out of 117 countries. Even Mo Ibrahim Foundation’s 2020 Ibrahim Index of African Governance (IIAG) ranked Nigeria 34th out of 54 African vountries. And many more of such unpleasant rankings.
The government keeps faulting, the people keep wondering and asking why Nigeria keeps consistently falling below average and answers seem no where to be found.

Fortunately, a home-based non-partisan and non-governmental organisation, the Center for Fiscal Transparency and Integrity Watch (CeFTIW) focused on “promoting accountability and transparency within the public sector and enhancing good governance at all levels” has unveiled a tool that might help Nigerians quench their thirst for answers.
The CeFTIW’s Transparency and Integrity Index (TII) 2021 is the maiden project of the CeFTIW. It is a report designed to assess and evaluate the availability of certain classes of information on the websites of public institutions. These classes of information which falls under some particular open, transparent and good governance domains including Fiscal Transparency, Budget Implementation, Open Procurement & Contracting and Citizens Engagement are all supposed to be in the public domain as mandated by certain statutory standards and commitments.
Such commitments, all of which Nigeria is a signatory or subscriber to, include international commitments like United Nations Convention Against Corruption (UNCAC), 2004; Nigeria’s Open Government Partnership (OGP) Action Plan II; Sustainable Development Goal (SDG) 10 and 16; African Union Convention on Preventing and Combating Corruption, 2006; Convention on the Elimination of All Forms of Discrimination Against Women; and Convention on the Rights of Persons with Disabilities.

And also local commitments as contained in National Statutes, Regulations, Policies and Guidelines like Freedom of Information Act, 2011; Executive Order No. 001, 2017; Fiscal Responsibility Act, 2007; Federal Character Principle; Framework and Guidelines for the Use of Social Media Platforms in Public Institutions, 2019; and Discrimination Against Persons with Disabilities (Prohibition) Act, 2018.

The report was publicly presented on 28th September at the Shehu Musa Yar’adua Center Abuja at an event I was privileged to attend which was graced by major stakeholders in the good governance, transparency and accountability space prominent among which are the former EFCC Chairman Nuhu Ribadu and representatives from ICPC, Ministry of Justice, NFIU, The National Assembly, etc most of whom passed words of credence on the report.
A total of 475 government institutions were assessed within 5 thematic areas which formed the basis of the 5-variable framework (and 31 sub-variables) that all the selected MDAs were evaluated against; all of the variables were extracted from the above mentioned statutes, regulations policies, guidelines and international commitments.
These variables include Accessibility and Functionality of Institutions’ Website; Fiscal Transparency and Accountability(Budget and Audit Reports); Transparency in Procurement(and License/Permit Issuance); Citizens Engagement, Responsiveness and Effective Feedback Mechanisms; and Human Resources (Recruitment, Promotion, Anti-Corruption, Federal Character etc).

Based on the methodology as summarized above, the first five ranking MDAs were Family Homes Fund Ltd, Nigerian Extractive Industries Transparency Initiative(NEITI), Petroleum Product Price Regulatory Agency(PPRRA), Development Bank of Nigeria(DBN) and Nigeria Deposit Insurance Corporation(NDIC).
But the most intriguing and rather deplorable reality about the ranking is the fact that none of the first five ranking MDAs went beyond the “very poor” spectrum of the scoring system as they scored 34.9%, 33.3%, 32.8%, 30.6% and 29.7% respectively. None was even close to the average mark of 50. What a debilitating reality.
All the variables and sub-variables these MDAs were assessed and evaluated against were very easily implementable, and more importantly mandatory for every of these MDAs to implement as will be seen in the report. Yet, none of the 475 MDAs implemented them to even an average degree.

Another aspect of the index is the States’ Ranking which employed almost same methodology but controlled for the differences especially in the non-obligation of states to apply some of the statutes outlined above and the fact that states have laws, policies that guide their activities. Kaduna States ranked first with 76.7% and Ekiti, Kwara, Kano and Oyo followed suit with 73.3%, 65.0%, 60.0% and 60.0%, respectively. Rivers, Anambra, Imo, Niger, Sokoto and Zamfara states occupied the bottom of the ranking.

The Transparency and Accountability Index 2021 has somewhat vindicated other foreign rating organisations for always rating Nigeria lower than average, for it has provided a homegrown ranking system with a proven and validated methodology that has ranked all 475 selected MDAs very poor in transparency and Integrity.
For Nigerians that have been wondering why. This is why. For the government that has been faulting foreign rankings, here is a homegrown ranking, with easily traceable and verifiable methodologies.

While we commend the efforts of CeFTIW for blowing the whistle and giving us data we can call our own, we call on the government to study this report and see ample reasons why it needs to step up its efforts in ensuring that its MDAs improve their compliance to national and international standards as it regards transparency, accountability and integrity of public institutions. The civil society and active citizenry should also find this report as a tool to support their activism for transparency and accountability and as a verifiable and validated benchmark for reference in their various good governance and accountability advocacy exercises.

About the Author: Ringim writes from Zaria, Kaduna state via haleemabdul1999@gmail.com