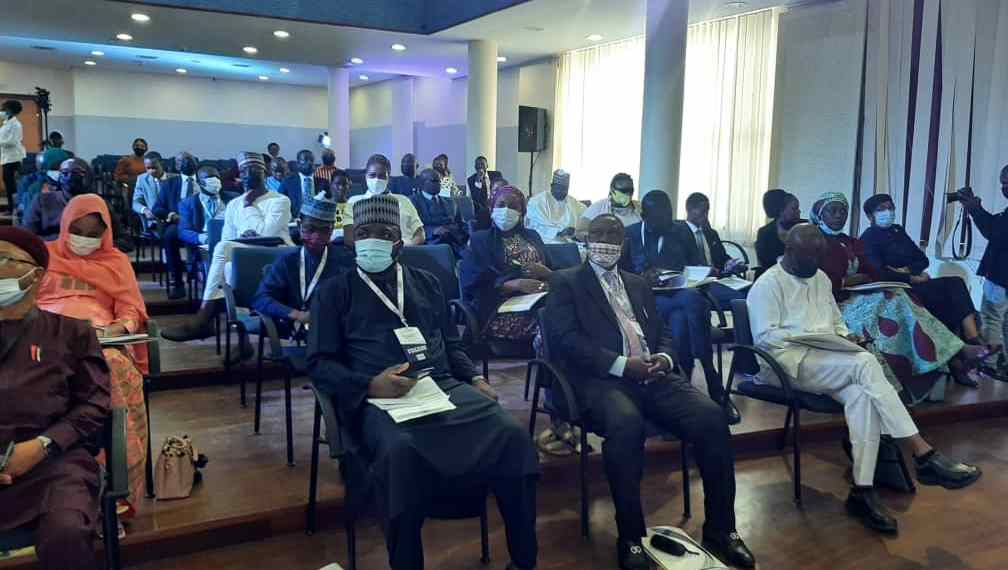 The report indicated that Family Homes Funds Limited, a social housing initiative promoted by the federal government, was ranked first with a score of 34.92 percent.

A new initiative, which assesses the Nigerian government’s ministries, departments and agencies (MDAs) on matters of transparency and integrity, has scored them low.

The initiative, which was unveiled on Tuesday at the Shehu Musa Yar’adua Centre in Abuja, is according to its founders, aimed at holding the Nigerian government agencies and parastatals accountable in the areas of integrity and transparency.

It is also aimed at supporting the quest for open governance in the country, the group said.

In its pioneer ranking report as unveiled on Tuesday, the organization explained that the index assesses the performance of agencies of federal, state and local governments on the publication of information that is statutorily supposed to be within the public domain, and particularly on the MDAs’ websites.

The report said a total of 475 MDAs of the federal government was assessed but the overall evaluation of the performance is described as “abysmal.”

However, out of the 475 that were ranked, none scored up to 40 percent, the result showed.

The result indicated that Family Homes Funds Limited, a social housing initiative promoted by the federal government, was ranked first with a score of 34.92 percent.

The Nigeria Extractive Industry Initiative (NEITI) is ranked second on the chart and this is followed by the Petroleum Product Pricing Regulatory Agency (PPPRA) while the Development Bank of Nigeria is ranked fourth.

The Nigeria Deposit Insurance Corporation is ranked fifth while Nigerian Electricity Regulatory Commission is the sixth on the log.

The social housing initiative, which is promoted by the Nigerian government, was registered in 2017 and commenced operations in 2018, it is described as currently the Sub-Sahara Africa’s largest housing fund focused on affordable homes for Nigerians on low income. It has an initial shareholding by the Federal Ministry of Finance and the Nigeria Sovereign Investment Authority.

Meanwhile, the report noted that some of the agencies failed in all the ranking parameters and described them as ‘completely non-compliant.’

The report lists these MDAs which it categorised as the least effective institutions to include the river basin authorities, which are agencies under the Federal Ministry of Water Resources; Council for the Regulation of Freight Forwarding in Nigeria, among others.

The unveiling of the initiative coincided with the International Day for Universal Access to Information.

In her remarks, a member of the board of trustees of CEFTIW, Angela Nworgu, said the choice of the date for the launch is instructive, adding that it underscores the significance of the index for open governance in Nigeria, Africa and the world.

She said the initiative can be regarded as the first of its kind in Nigeria.

“The evaluation will be carried out on a continuous basis and will be released by the centre annually,” Ms Nworgu said.

The group’s executive director, Umar Yakubu, while presenting the index to the public, said; “this index is our own way of supporting the government in doing the right thing.

“The project aims to track and evaluate the publication of information that is statutorily supposed to be within the public domain, particularly on the websites of the MDAs, and other institutions of government.”

He said the ranking considers information on budgeting, statement of accounts and auditing, recruitment, procurement, and provision of social media and tools that will aid the engagement of citizens and other stakeholders in decision making.

“This initiative assesses compliance of MDAs, and other institutions of government with national laws, policies and guidelines, and other international agreements to which Nigeria has made commitments,” Mr Yakubu added.

Speaking on the challenges faced by the group while working on the platform, the executive director listed lack of responses from the agencies, adding that increased partnership with different stakeholders will be one way to link outcomes to investigative and prosecuting authorities for ultimate accountability.

A former EFCC boss, Nuhu Ribadu, while speaking at the event, said there is no basis for the activities of governments to be conducted in secrecy.

Mr Ribadu added that the private sector plays a vital role in governance.

He also acknowledged the MacArthur Foundation for what he described as the continuous support it has continued to offer in the fight against corruption in the country.

Similarly, Ladidi Mohammed of the assets recovery unit of the Ministry of Justice also commended the innovation, noting that there is no longer need to live in denial.

Ms. Mohammed noted that both the public and private sectors need to work together towards achieving the much-desired progress for the country.