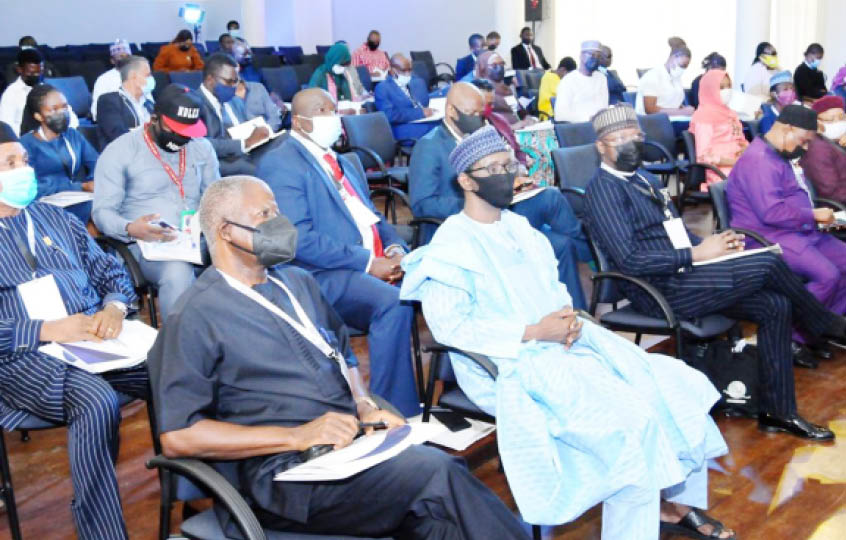 A new report by a Civil Society Organisation (CSO), Centre for Fiscal Transparency and Integrity Watch, shows how federal government agencies run opaque systems and ignore key provisions of the Nigerian laws that promote transparency and the right to access information by citizens.

As advocacies for the need to open up government activities as a mechanism for increased accountability gains traction, civic groups are stepping up their watchdog roles in ensuring governments operate in a more transparent manner.

In one such step, a Civil Society Organisation (CSO), Centre for Fiscal Transparency and Integrity Watch, yesterday unveiled a report of a survey on the state of transparency in federal government institutions as well as states and local governments in the country.

The 107-page report titled Transparency and Integrity Index 2021 found out that the 448 federal ministries, agencies and departments surveyed have poor transparency in terms of open governance and accountability with the best-ranked institution scoring 34.92 per cent in a scale of 100.

The study, which was supported by the MacArthur Foundation, was conducted over a seven-month period with major focus on publicly available information in the areas of accessibility, budget/audit reports, human resources, procurement and citizens engagement/responsiveness.  The study explores data provided on the website of each institutions with information extracted from 2016 to 2020.

“The index is essential because no existing mechanism presently covers such a broad scope regarding open governance. It also attempts to address concerns of MDAs and other public institutions inability to publicise their activities as required by relevant laws that guide their operations,” says the Executive Director of the centre, Umar Yakubu.

He added that the Transparency Integrity Index (TII) was initiated to evaluate and monitor MDAs and other public institutions compliance with laws that mandates them to disclose their activities proactively and to be a homegrown index to be consulted globally.

He said the aim of the report was to establish the extent of the institutions’ disclosure of vital information relating to good governance within the public domain, with emphasis on the website and portals of the MDAs, and state governments.

“The assessment follows a conscientious review of international conventions and commitments, among which include: the United Nation Convention Against Corruption (UNCAC), 2004; The Open Government Partnership; the African Union Convention on Preventing and Combating Corruption, 2006; Sustainable Development Goal (SDG) 10 and 16; Convention on the Elimination of All Forms of Discrimination Against Women (CEDAW); Convention on the Rights of Persons with Disabilities; and other local laws which are detailed in the report.”

Yakubu stated that assessment of federal institutions was different from the state and local governments.

“For federal MDAs, we identified 31 sub-variables under five thematic areas within which the assessment is conducted. While for the states and local governments, 12 sub-variables are identified.

“Our findings show that the overall performance of the institutions is abysmal. All the institutions’ score is below average in a percentage scale. Family Homes Ltd occupied the 1st rank with 34.92%. The assessment of the states indicates that Kaduna state has the highest score of 76.67% and is ranked first.”

The ranking of FG institutions

The summation of grades using all variables concluded that Family Homes Fund Ltd has the highest score of 34.92% and is the most complying institution with the TII variables. It is followed by nine other institution in the top rank. The institutions are; Nigerian Extractive Industry Initiative, with 33.37% score; Petroleum Product Price Regulatory Agency, with 32.48% score; Development Bank of Nigeria, with 30.60% score; Nigeria Deposit Insurance Corporation, with 29.74% score; Nigerian Electricity Regulatory Commission, with 29.48% score; National Agency for the Control of Aids, with 29.09 score; Central Bank of Nigeria, with 28.95% score; National Agency for the Prohibition of Trafficking in Persons, with 28.37% score; and Nigerian Port Authority, 27.70% score.

A breakdown on the variables disclosed that only 50 MDAs have good user-friendly information with easy navigation using the sub-variables on whether an institution has a website and how uncluttered it is for easy navigation and access to contents on the sites.

On those that published their financials – budgets and audit on their websites, only 13 had information on their budget allocation, release and implementation.

The same number of institutions also have internal and Auditor General’s audit report as well as revenue generated, retained and remitted in the years under review.

On human resources, 346 MDAs published their recruitment policies and other information related to personnel.

For procurement details, 107 MDAs have information on Advertisement tenders, lists of contacts awarded and contractors but all failed to disclose the progress of the work done.

While 425 of the surveyed MDAs engaged with citizens through social media accounts, emails, annual reports.

The report further streamlined the agencies into sectors and out of the 27 ministries, Aviation was the best performing ministry followed by Ministry of Health and Ministry of Mines and Steel Development.

For Commissions, Agencies and Departments and Unit, Family Homes Fund Ltd led the pack with 34.92% and Nigerian Extractive Industries Transparency Initiative with 33.37% And Nigerian Electricity Regulatory Commission with 29.48%.

For the military and paramilitary category, Federal Road Safety Commission led with 24.80%. Nigeria Customs Service followed with 19.92% and Nigeria Immigration Service with 17.70% are the top three.

For Federal Education and Training Institutions, Nigerian Institute of Science Laboratory Technology had 26.59% while Federal University of Agriculture Zuru has 24.50% score and University of Jos with 21.03%.

For the oil and gas sector, Petroleum Product Price Regulatory Agency has 32.84% and Department of Petroleum Resources with 25.99%.

Among financial institutions; Development Bank of Nigeria with 30.73% followed by Nigeria Deposit Insurance Corporation with 29.74%.

“The least performing sectors in complying with the TII variables are: the Courts and Tribunals with 8.43% average score, and River Basins Authorities with 3.92% average score. They occupies the 11 and 12 ranks respectively,” the report said.

On the performance of states, it used fiscal transparency, open procurement citizens engagement, anticorruption and whistle blowing and local government transparency as its variables.

It shows that Kaduna, Ekiti, and Kwara States are the top 3 states most complying with the TII variables. Kaduna State has the highest score of 76.67%and is ranked 1st. It is followed by Ekiti and Kwara States, with scores of 73.33% and 65.00%, and ranked 2nd and 3rd respectively.

Niger State with 20.00% score is ranked 34th, followed by Sokoto and Zamfara States with 16.67% score and jointly ranked 35th respectively. They are the bottom 3 states least complying with the TII variable.

Pioneer chairman of the Economic and Financial Crimes Commission (EFCC), Mallam Nuhu Ribadu, says the infrastructure needed for Nigeria to develop will not be possible if the government continues to function in secrecy.

Ribadu, who spoke at the unveiling of the index, said maximum benefits of resources could be achieved when transparency and accountability is promoted in all sectors of government.

“Nobody can fix this country other than us. This is our duty, it is our responsibility, we need to do things properly and correctly to solve the problems we are facing, to develop and get a good education, quality life, health and power,” he said.

He urged those in the public sector not to get things too difficult, adding that “We can never do it if we continue to do things in hiding, there is no reason why anything in government should be done in hiding when it is public money? Nobody is entitled to do things behind closed doors.”

A former Head of Service of the Federation, Mr Steve Oronsaye, said Nigeria needs to take the issue of transparency in governance more seriously in order to weed out corruption.