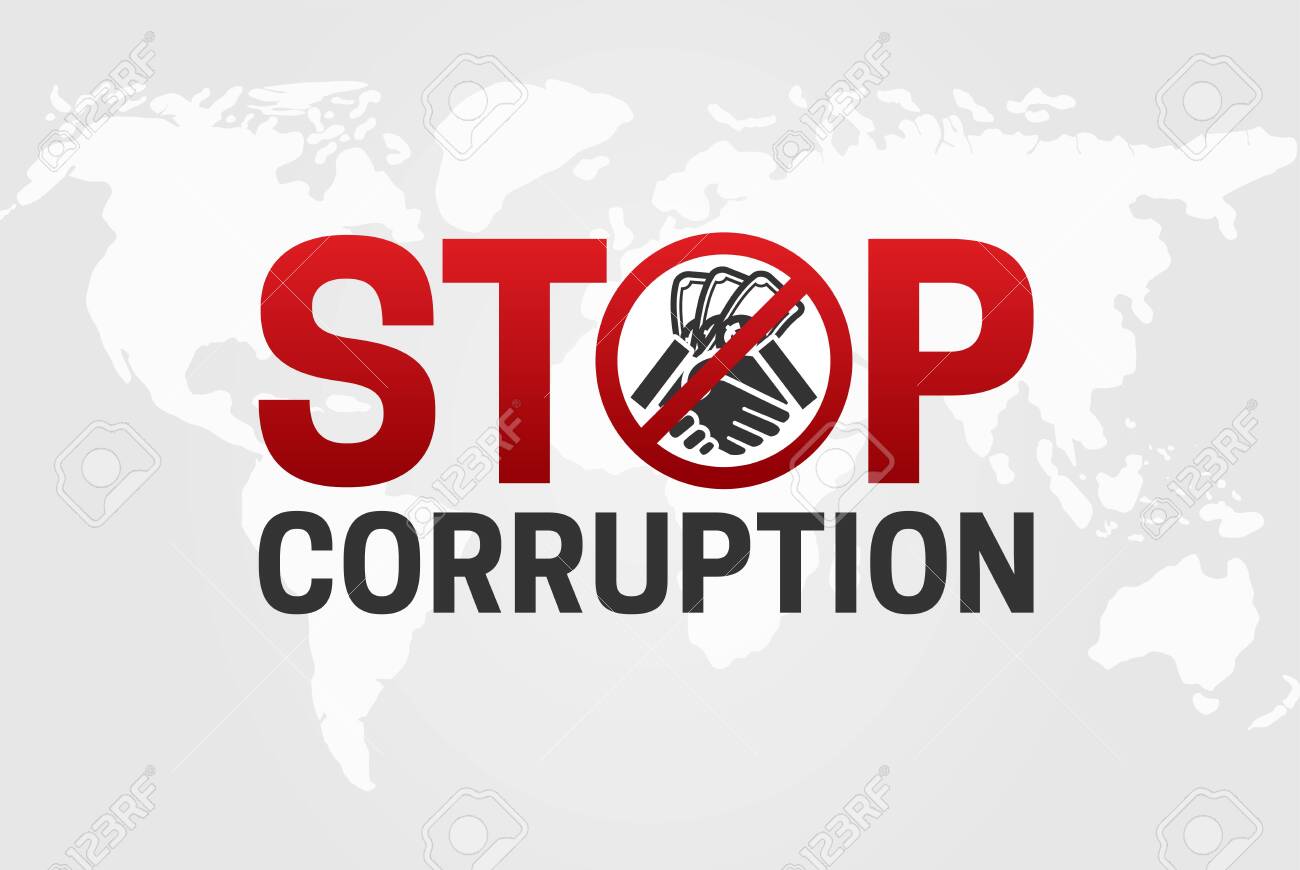 In fighting corruption, which I once described as the 37th state of Nigeria, and the richest and most powerful, we must begin to drop our antiquated fixation with mere brute arrest, detention, media trial and courtroom trial. They have not even stemmed it, let alone killed the monster. We should begin to look at modern anti-corruption models of other countries that fought corruption to a standstill.

Corruption can happen anywhere: In business, government, the courts, the media and in civil society, as well as across all sectors, from health and education to infrastructure and sports. It can involve anyone: politicians, government officials, public servants, businesspeople or members of the public. This is because it adapts to different contexts and changing circumstances, evolving in response to changes in rules, legislation and even technology.

Corruption rears its ugly head in some informal form of social security, where the family or the immediate community takes care of its members. This evolves into nepotism, cronyism and patronage, which prevails in less developed countries. Demographics also affect corruption, as studies have shown that patriarchal society is more prone to corruption.

Corruption also infests countries with low income and countries operating a closed economy. The influence of religion is also visible in corruption, as protestant countries have been surveyed to have the lowest level of corruption. Low media freedom and a relatively low level of education also promote corruption.

Corruption is greatly influenced by the political and economic environment and monetary policies. The more the economic activity in a country is regulated and limited, the higher the authority and the power of officials in decision-making positions to engender corruption. A great potential for corruption is especially there where the officials are underpaid with low salaries, but given the opportunity to decide on the basis of discretion. Inefficient public administration encourages corruption, as people are forced to bribe with a view to speeding up bureaucratic procedure.

Corruption is also caused and encouraged by lack of professional ethics and deficient laws regulating corruption as a criminal offence, and the prosecution and sanctioning of it. It is also affected by the extensive, non-transparent or incomplete legislation, where laws can be interpreted in different ways (for the benefit of the party who pays more).

The impacts of corruption

Some of the negative impacts of corruption as posited in a systematic study by Tanzi and Davoodi (1991) are that corruption increases the volume of public investments (at the expense of private investments); redirects the composition of public expenditure from the expenditure necessary for basic functioning and maintenance to expenditure on new equipment; pulls away the composition of public expenditure from the necessary fixed assets for health and education; reduces the effectiveness of public investments and the infrastructure of a country; reduces tax revenues by compromising the ability of the state administration to collect taxes and fees.

It further affects employment, foreign investments, total investments and the effectiveness of investment decisions and projects. Corruption impacts negatively on the poor and most vulnerable. It increases costs and reduces access to services, including health, education and justice; in the procurement of drugs and medical equipment, it leads to sub-standard or harmful products. The gargantuan human costs of counterfeit drugs and vaccinations on health hazards and the life-long negative impacts on children by far surpass the financial implications.

Because corruption erodes trust in government and undermines the social contract, it usually leads to violence, as it energizes and perpetuates the inequalities and discontent that lead to fragility, violent extremism and serious conflicts. Corruption also impedes investment, with consequent effects on growth and jobs.

How to prevent and fight corruption

There must be a strong focus on education, which must reinforce best business practices, and alert managers and employees where to look for corruption. Senior executives and management must set a strong culture of honesty and integrity by leading by example.

Corruption is likely to be reduced with accountability mechanisms in place. This in turn is likely to reinforce a culture that fosters strong ethical behaviour while holding those to account who violate the norms, whether managers, employees, suppliers and customers. A robust control environment also reduces the risk of corruption as do thorough background checks before hiring or promoting employees.

Transparency is crucial for the common good. Seeking and receiving information is a human right that can act as a safeguard against corruption and increase trust in decision makers and public institutions. Representatives from government, business and civil society must work together for the common good.

The World Bank Group contemplates corruption as a foremost challenge to its twin goals of ending extreme poverty by 2030 and boosting shared prosperity for the poorest 40 per cent of people in developing countries. It is, therefore, necessary for the World Bank to assist in the fight against corruption.

The World Bank intervenes in the fight against corruption by using anti-corruption models (comprising all those activities that oppose or inhibit corruption) to help both state and non-state actors establish the competencies needed to implement policies and practices that improve results and strengthen public integrity. Additionally, the World Bank Group works with the public and private sectors as well as civil society to support efforts to prevent corruption, improve remedies to address wrongdoing when it occurs as well as work towards improving behaviours, norms, and standards needed to sustain anticorruption efforts.

The World Bank has recently launched a set of anticorruption initiatives to reaffirm its commitment to helping countries address corruption, addressing changes in globalization, technology, social science, and other factors. The anti-corruption initiatives broaden the bank’s focus beyond developing countries to also include financial centres, take on the politics of corruption more openly than before, harness new technologies to understand, address and prevent corruption, and integrate the insights of behavioural social science. Brazil, Kenya, Mongolia, Serbia, Somalia and Ukraine are some of the countries that have been aided by the World Bank to fight corruption. Nigeria should take a cue from this.

How Nigeria tackles the corruption virus

The Economic and Financial Crimes Commission (EFCC) and the Independent Corrupt Practices and Other Related Offences Commission (ICPC) were birthed by Chief Olusegun Obasanjo’s administration as the Nigerian models of modern anti-corruption fight.

Both anti-corruption agencies, especially the EFCC, have, however, been bedevilled by numerous challenges in the fight against corruption. One of the greatest minuses of anti-corruption fight in Nigeria rests in EFCC’s proclivity for poor investigation of offences by its investigating officers and its media trial of persons accused of corruption. The agencies seek to build strong men and strong women, rather than build strong institutions that are credible and independent. They have also not been transparent enough to render full account to Nigerians of activities, incomes and issues regarding proceeds of crime, or their disposal.

Assets declarations by public officials are a powerful tool to prevent corruption, detect illicit enrichment and conflicts of interests. Studies have shown that accountability, transparency and integrity of public administration are necessary blocks for building self-sustaining democratic nations. Section 7(1)(b) of the EFCC Act and the Constitution of the Federal Republic of Nigeria, 1999 (as altered) make provisions for asset declaration, which should be utilised to the fullest in combating corruption.

People are not agreed as to where the balance should lie between granting public access to asset declaration information and the right of public officers and politically-exposed persons (PEPs) to their own privacy and confidentiality. Thus, asset declaration frameworks usually try to strike rational balance between promoting public scrutiny of asset declaration forms and protecting the privacy of the persons who have declared their assets. There is the need to balance the public interest in being let in into PEPs’ assets, using the Freedom of Information Act, and the rights of such persons to privacy, as guaranteed in Section 37 of the 1999 Constitution.

Borrow and mix the best models from across the world.

Halt the lopsidedness of anti-corruption war.

Be transparent and accountable to Nigerians.

Stop the glaring selectiveness in the anti-corruption fight.

Prosecute government officials who have been serially accused of corruption.

The anti-corruption agencies of the government must stop intimidating the judiciary.

The anti-graft agencies must come to understand that, even in the fight against corruption, there must be civility, fair play and fair trial.

Uphold the rule of law and respect fundamental rights

There is the need to thoroughly investigate cases before arrest.

Anti-graft agencies cannot enlist judicial cooperation by force when they terrorize judges: fear wears off and courage resumes its seat.

Observe the doctrine of separation of powers.

Anti-graft agencies’ prosecutors should be creative through the regurgitation of case law principles.

Uphold the positive aspects of the Constitution and the ACJA, not their negative aspects.

Fighting corruption and respecting fundamental rights are not mutually exclusive.

Nigeria belongs to us all, not to only a privileged few.

I am firmly of the view that wider and institutional sector reforms, such as in our public administration, civil service or judicial reforms, if well handled, will strengthen our country’s anti-corruption capacity more than the establishment of one or two institutions that often fail to live up to mandate. More importantly, we need fundamental restructuring, not only in our country’s constitutional organisation, but in our moral and ethical orientation. The rot is systemic, deep-seated and corrosive. We must kill the corruption tree not by merely chopping off its bribery branches, but by uprooting its fundamental causes, roots and branches, hook, line and sinker.

There are two sides to every coin. Life itself contains not only the good but also the bad and the ugly. Let us now explore these.

Thought for the week

“Corruption is a cancer: a cancer that eats away at a citizen’s faith in democracy, diminishes the instinct for innovation and creativity; already-tight national budgets, crowding out important national investments. It wastes the talent of entire generations. It scares away investments and jobs.”